Pirates off the starboard bow!

The long awaited arrival of the pirate ship in the school playground over Easter inspired some wonderful pieces of writing from our year 2 children. Below are just a few examples of the many brilliant pieces, all showing how excited everyone was and how creative the children have been with the games they are playing once they get aboard.

Following bonfire night the children of Year 2 had their imaginations set alight with a visit from Treehouse Theatre!  Storyteller Ben took the children on a journey back in time to 1666, and the night Thomas Farrinor forgot to clean his oven out.  A tiny ember began a fire that was to quickly spread and engulf Pudding Lane in flames.  Children were immersed in the story right from the start, waking to shouts of 'FIRE, FIRE!'.  Dressed in their 17th century costumes the children quickly had to decide what they would save before fleeing their homes, they had to share their sorrow over some of the items they'd had to leave behind.  Feelings of sadness, excitement, fear and relief were explored as we were immersed in the drama of the Great Fire of London.  We created lines of people to pass buckets of water from the River Thames to try and extinguish the flames. When that failed, we went on to pull houses down with grappling hooks; hoping to create a gap to prevent the fire from spreading.  Again, the flames were too fierce and the wind too strong so, by order of King Charles II, we used gunpowder to blow up buildings. These explosions, combined with a drop in the wind, saw the Great Fire of London at last contained. A final trip across the River Thames after paying the ferryman and we could relax and be thankful that so few people actually lost their lives in such a tragic event.

The assembly and workshop with Treehouse Theatre marks the start of this term's topic 'Fire, Fire'. The children's excitement has been ignited and they are roaring to go. We are looking forward to seeing and sharing the work they produce after such an explosive start! The Year 2 children had a wonderful treat to celebrate all their achievements this year. After working hard to make their own puppets and scripts this half term, it was lovely to watch a traditional Punch and Judy show. We gathered in the sunshine in the nursery garden and enjoyed an ice cream as the entertainment began. There were squeals of delight when Boris the Spider launched into the audience and when the crocodile gobbled up the sausages. Naughty Mr Punch was on top form, cooling the children down with his water pistol and getting up to all sorts of mischief. What an exciting afternoon!

I'm sure you remember hearing and reading about the Year 2 trip to The Lighthouse, Poole. I have just received the long awaited audio recording of the Rhapsody Project. The children went to the concert hall to experience their own musical compositions being performed by members of the Bournemouth Symphony Orchestra. On the day the weather was torrential rain and we'd had to paddle from the coach park to the venue! Once inside we were seated up in the balcony where we had a magnificent view of the huge auditorium and stage with all the musicians. The entire piece comprises of four school's work and our contribution is the second movement. At 01:21 on the recording you hear our school being welcomed (we sound quiet, but only because we were a long way up in the balcony), and a brief description of what their composition was based on and then you can fast forward to 05:08` to hear 'Numbers Everywhere' being performed to a live audience (including us)!
I hope you enjoy listening.
Mrs Wills

Willow's trip to the HMS Victory

Willow class enjoyed their visit to the HMS Victory. They walked around the ship and participated in fun activities, discovering what jobs they could do on board the Victory. Many children described the trip as "THE BEST DAY EVER!"

Willow's trip to the HMS Victory!

The Battle of Trafalgar.

On Friday morning the children of Year Two were transported back in time to 1805! They embarked on to the famous HMS Victory (whilst still remaining in the school hall!) and went on a wonderful adventure. The children were transformed into sailors aboard the HMS Victory and had their work cut out for them getting the ship ready to set sail for battle. The young sailors had to learn the names of the different sides of the ship and do some very important jobs such as scrubbing the deck, climbing the rigging, rowing the boat and shouting if there was a “MAN OVERBOARD!” Their fine work on deck showed Lord Admiral Nelson and Captain Hardy that they were ready for battle. As they prepared to sail across the ocean the young sailors sang a song that made enemies aware that the HMS Victory was on its way. The children arrived home safely from their travels through time with a smile on their faces and spent the rest of the morning learning about flag codes, as well as creating their own. Some children recreated the famous flag code sent by Admiral Nelson moments before the Battle of Trafalgar. It read, ENGLAND EXPECTS THAT EVERY MAN WILL DO HIS DUTY.

The children in Year Two thoroughly enjoyed our ‘wow’ day and are looking forward to climbing aboard the real HMS Victory next week to see history come alive.

The Battle of Trafalgar

Year 2 singing your favourite song from their "Leavers Presentations".

Here are some of the children's comments about their football sessions.

"I really enjoy the football because it is good fun".  Erin - Beech

"I like playing the matches on different teams". Joshua - Beech

"The coaches help us have lots of fun and I'm a Bournemouth fan". Tristan - Beech

"The coaches are helping us get better at passing the ball". Iyaz - Beech 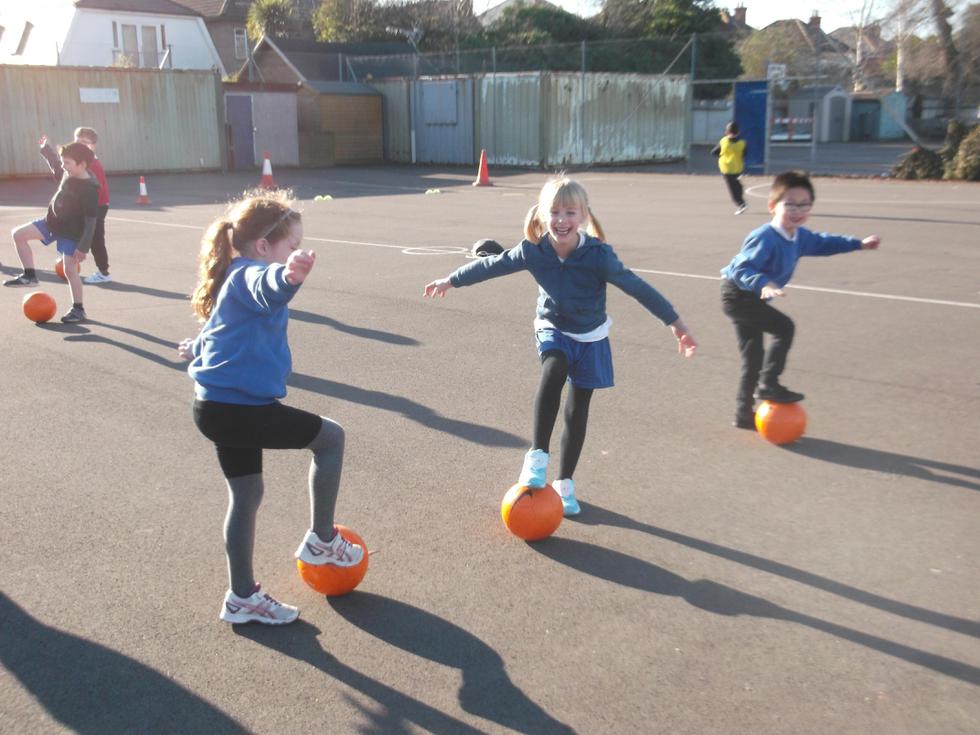 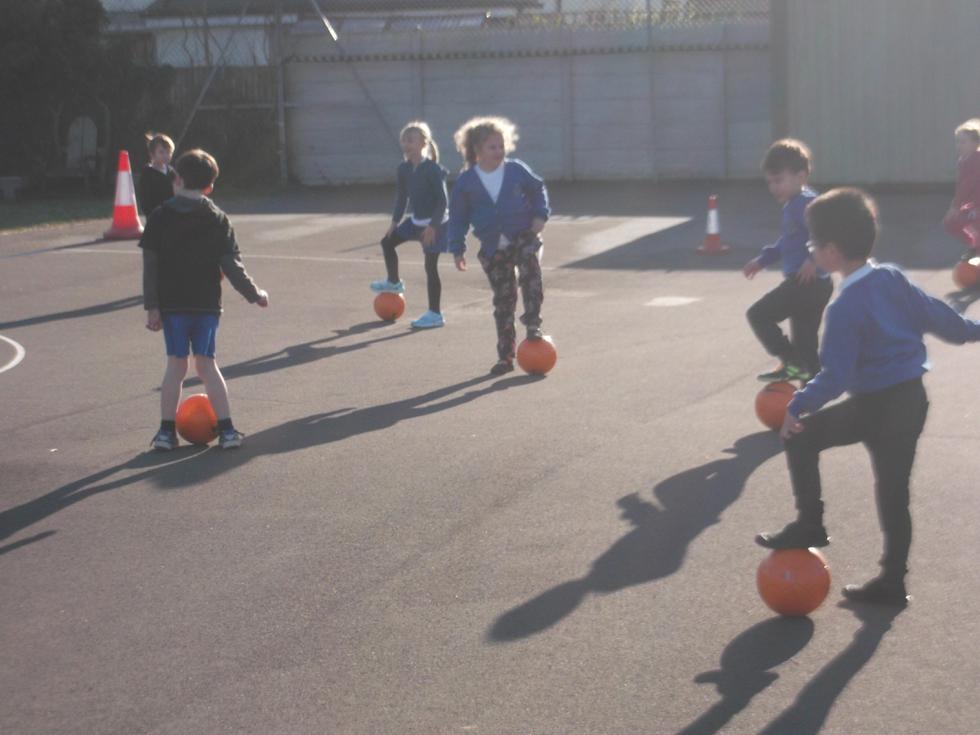 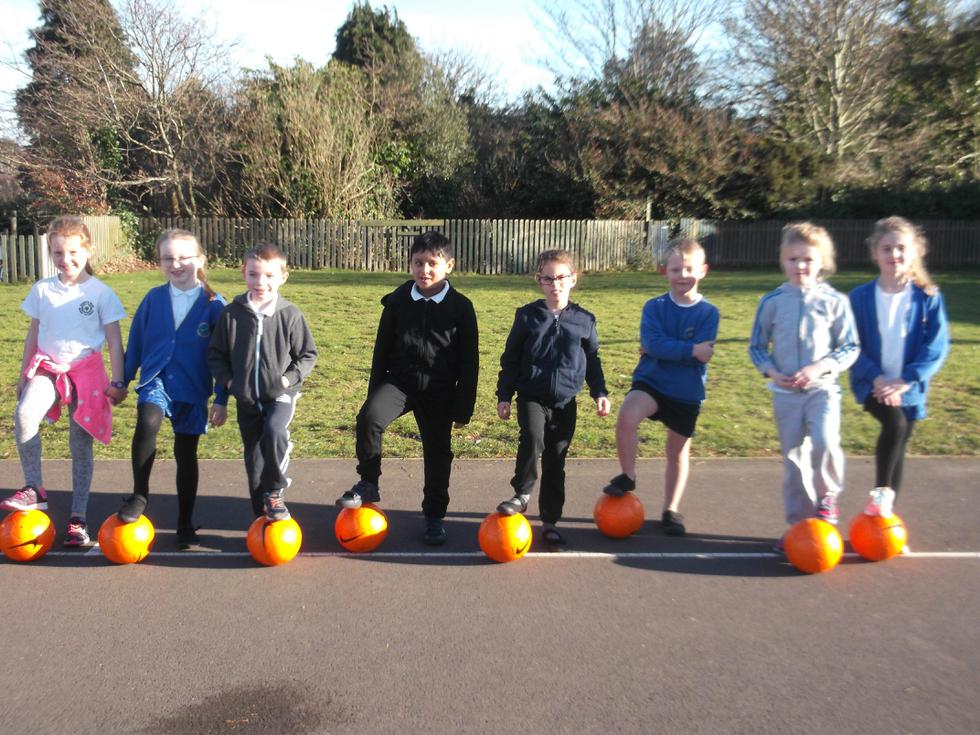 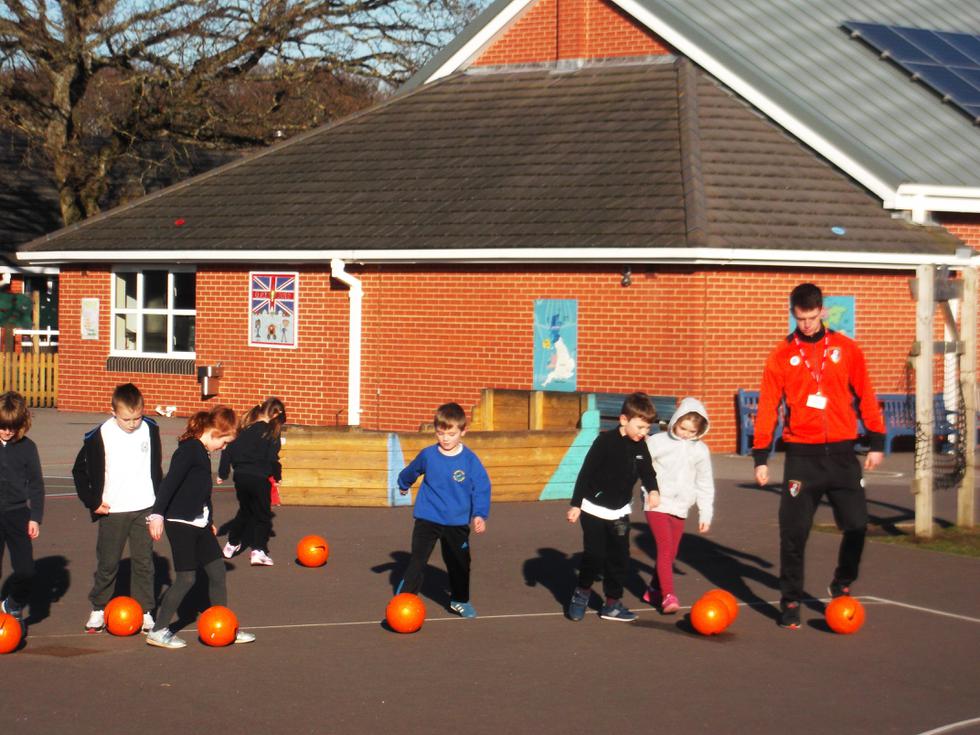 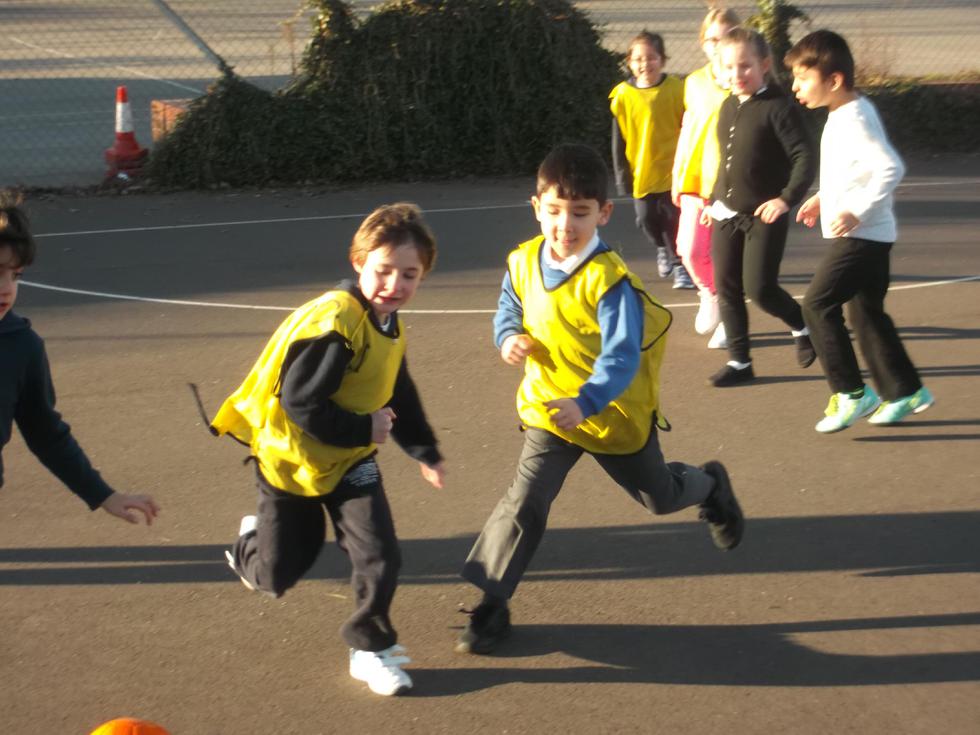 Year 2 had a home learning challenge to build their own lighthouse! They did amazingly well and we had lots and lots of excellent models brought into school. What was fascinating was how different they all were!
Parents, thank you for your support with this. 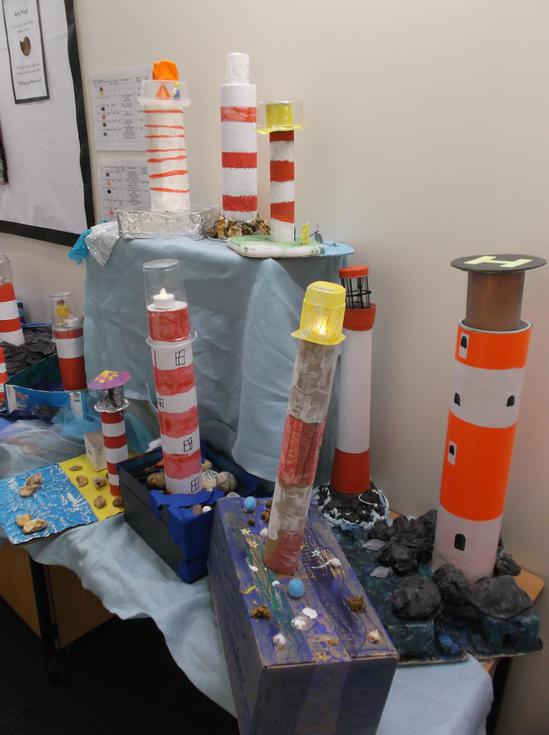 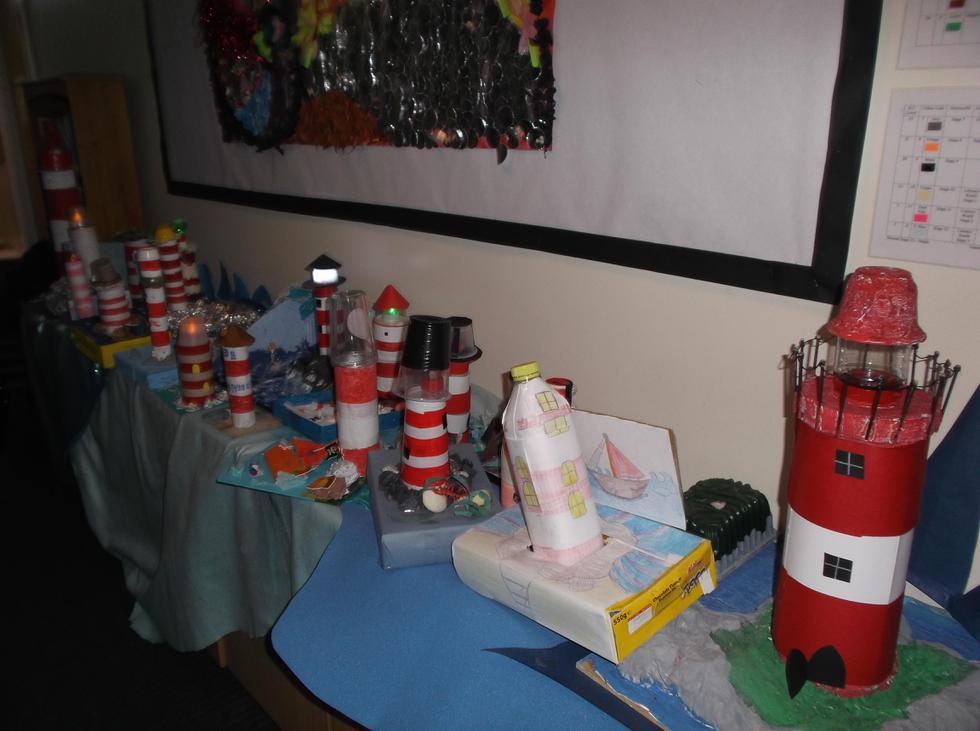 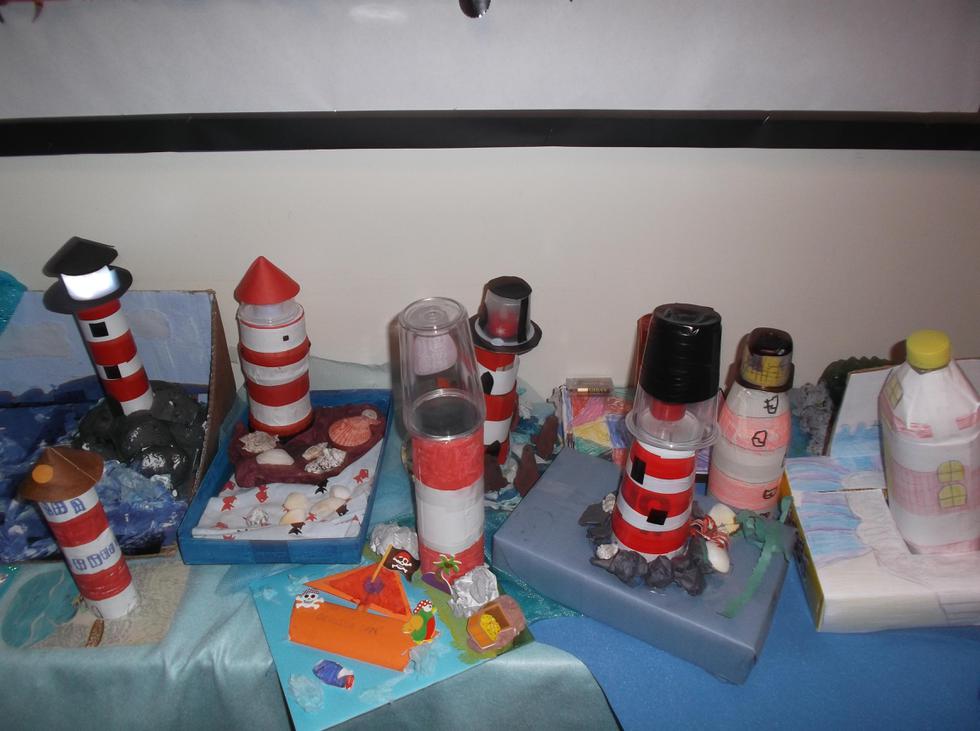 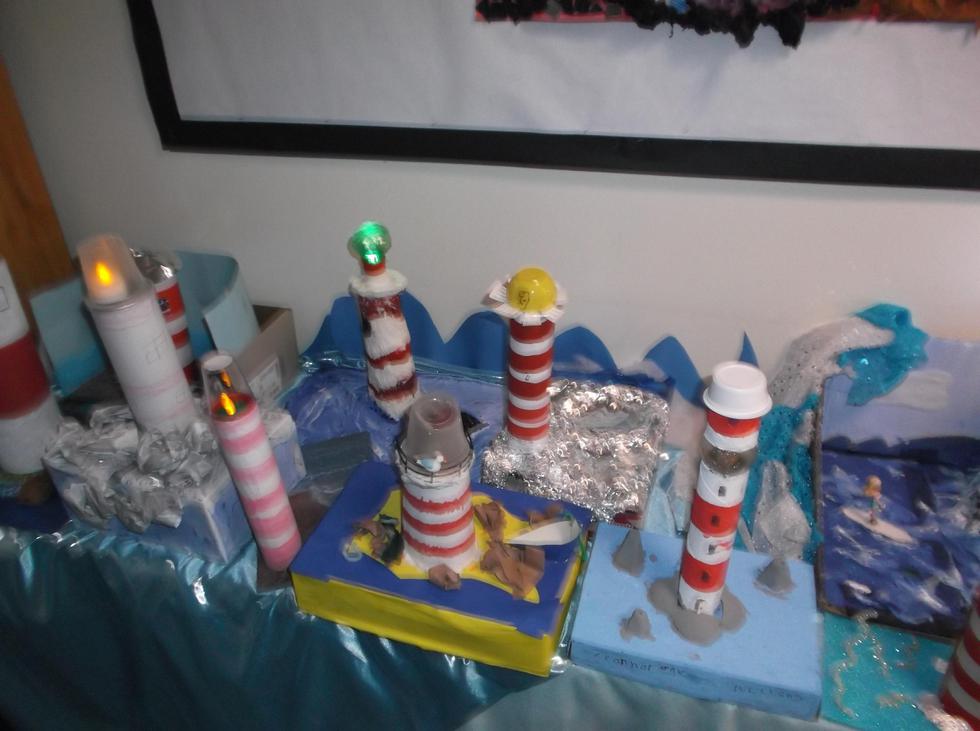 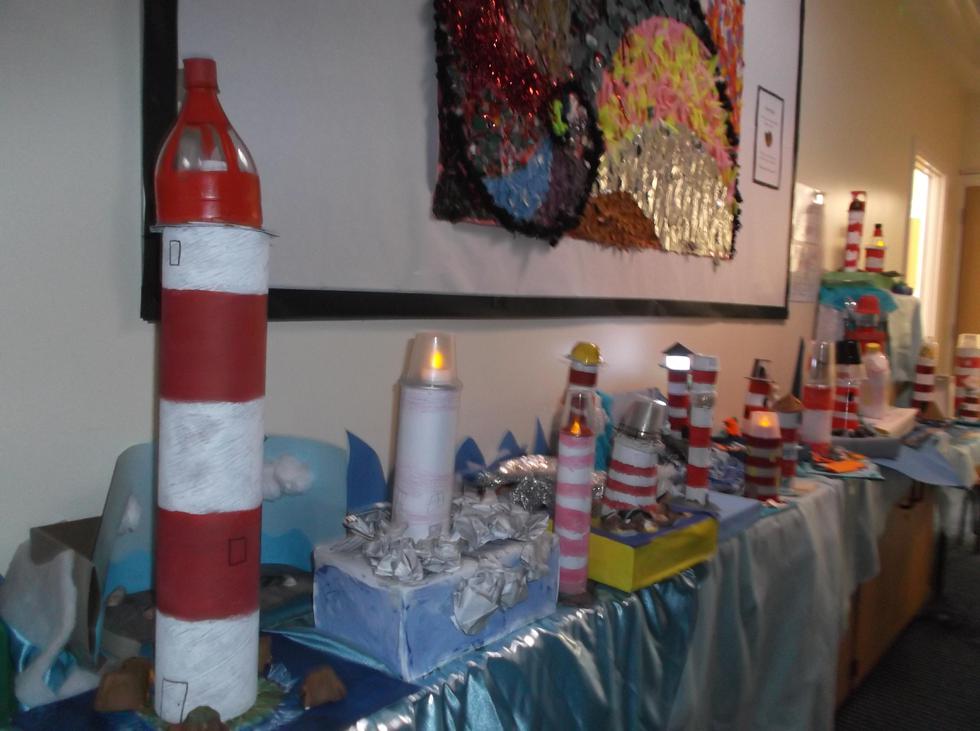 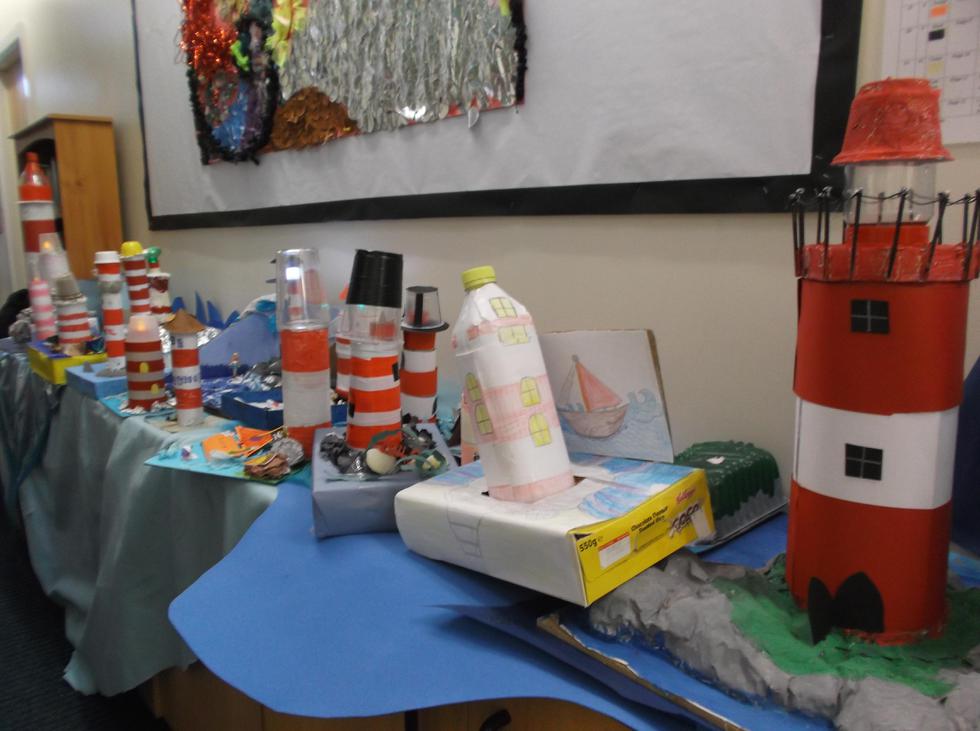 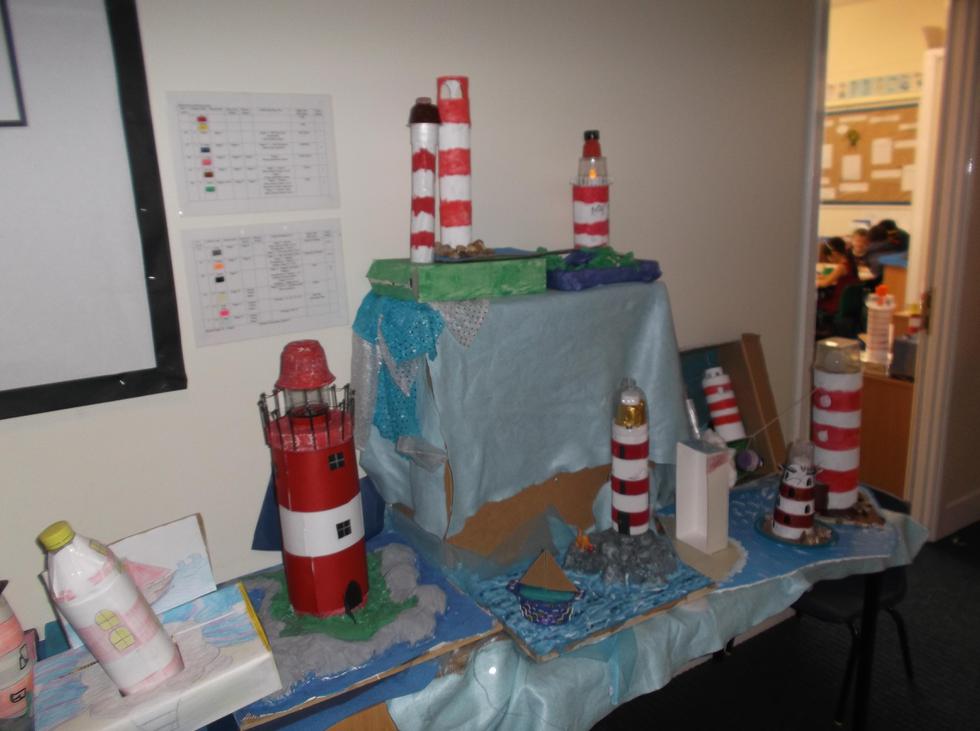 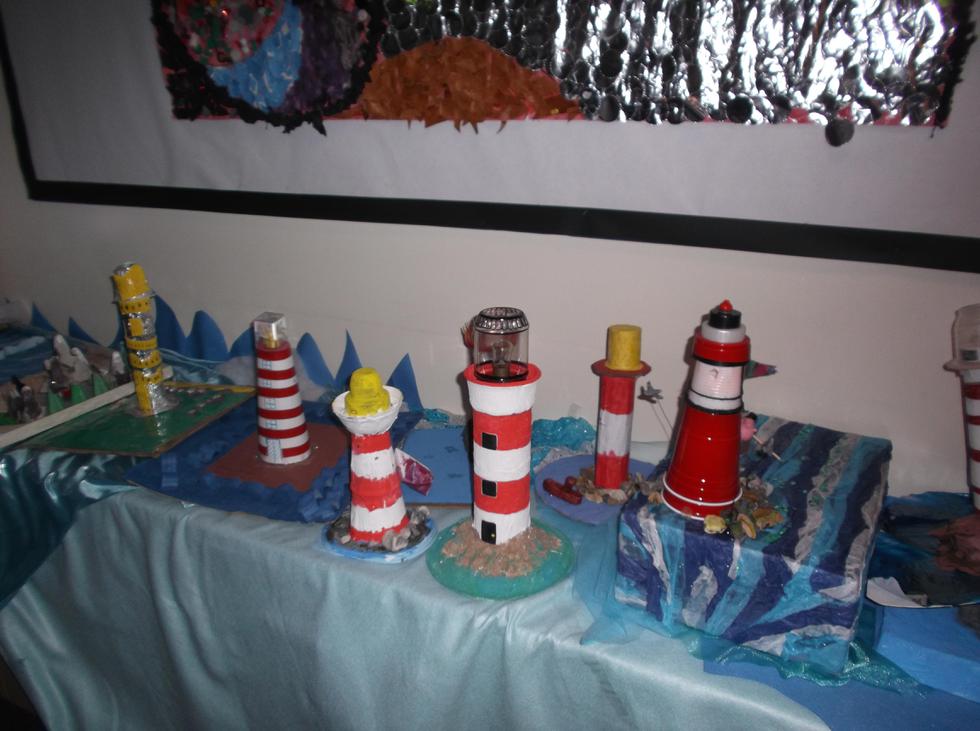 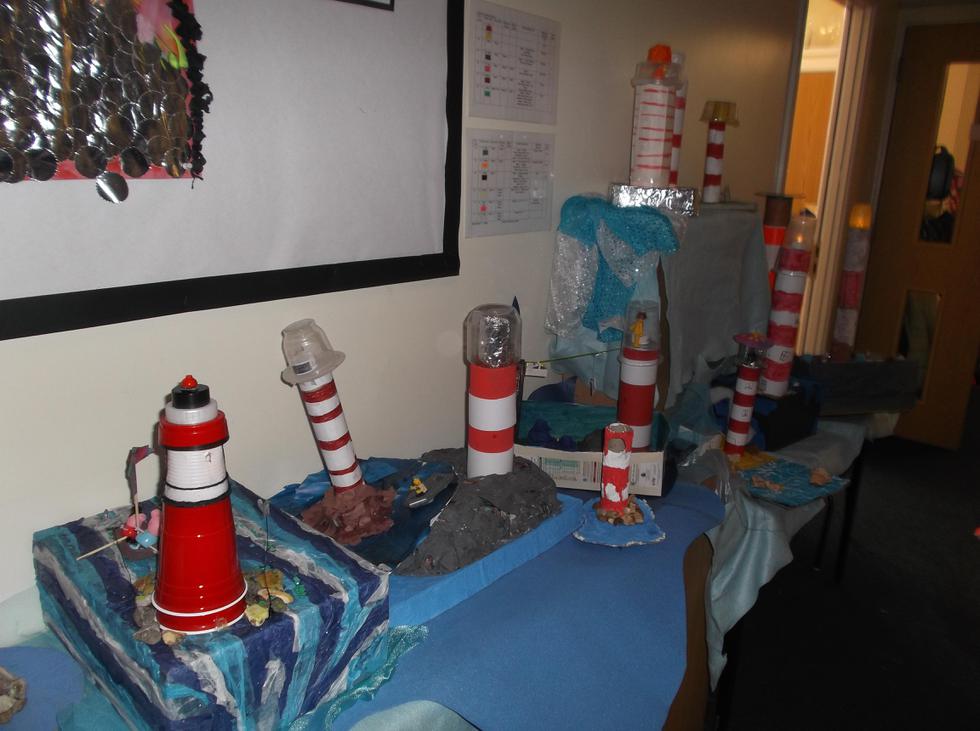 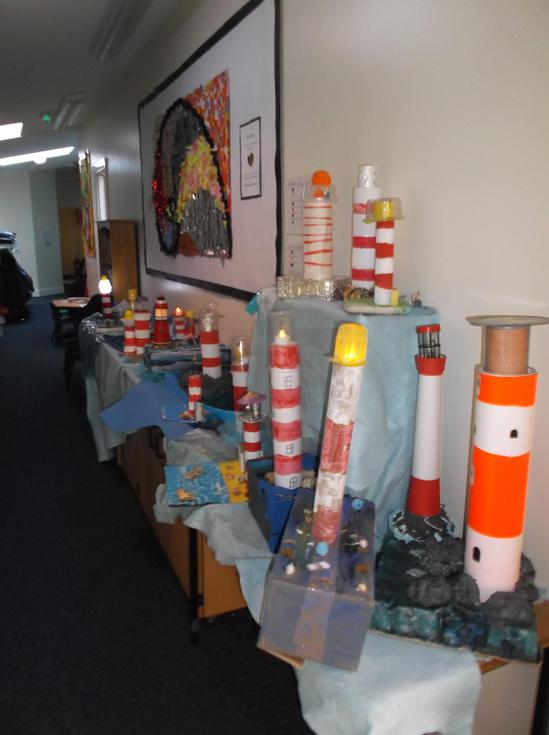 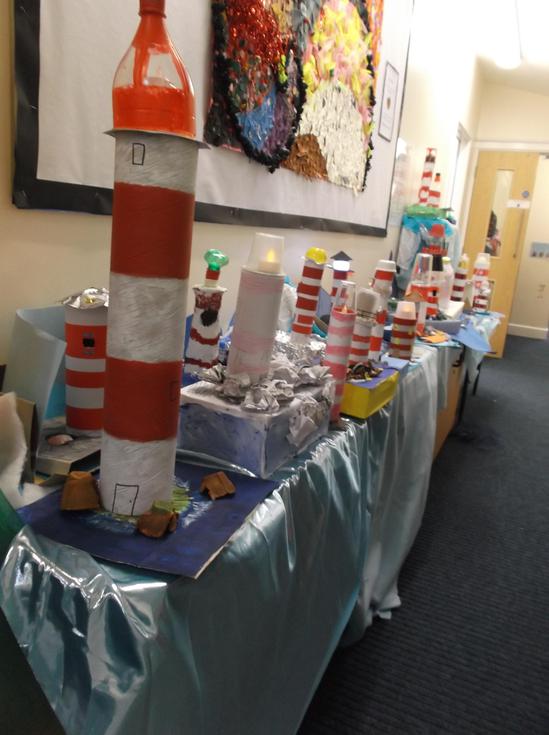